Clarkston voters will go to the polls on Tuesday, March 16, to elect a City Council member. The special election is to fill a term on the City Council that expires at the end of this year.

Candidates who qualified to run for the post are Mark W. Perkins, Dean Moore and Shana "Tiny" McAllister. Moore served as a Clarkston council member from 2010 through 2017.

The deadline to register to vote in the election is Feb. 16. Voting will take place at the Clarkston First Baptist Church Family Life Center and the Clarkston Community Center.

A former Stone Mountain lawyer given a stiff sentence for mortgage fraud was among 73 people pardoned on Tuesday by President Donald Trump just hours before he left office.

Chalana McFarland, who owned the McFarland Law Firm in Stone Mountain, was sentenced in 2005 to 30 years in prison and jailed immediately after pleading guilty to 169 criminal counts of mortgage fraud. She was among 17 people indicted in the case.

The Federal Bureau of Investigation said McFarland used the stolen identities of numerous victims to submit false fraudulent loan applications which used straw buyers and inflated appraisals as part of a property flip scheme between summer 1999 and March 2004.

Prosecutors said the scheme involved more than $20 million in fraudulently obtained mortgages mostly in the Waters Edge, Mountain Oaks, North Shore and Southland subdivisions in Stone Mountain and Lithonia in DeKalb County, but also involved properties in cities as far away as Griffin and Elberton.

McFarland had been serving her sentence in Florida, but was allowed last year to serve the rest of her sentence at her Marietta, Ga., home because of concerns about COVID-19 at the federal prison where she was being held.

Homeowners in Waters Edge noticed unusually high sales prices in their subdivision and notified local officials, according to a 2004 Atlanta Journal-Constitution report. "This case was made because vigilant citizens became aware of suspicious sales in their communities and told us about them," U.S. Attorney Bill Duffey said at the time.

The McFarland law firm had offices on Redan Rd. and N. Hairston Rd.

The City of Stone Mountain has suspended in-person access to its Municipal Court for two weeks after learning that someone who attended court on Thursday, Jan. 14, tested positive for COVID-19.

The city says it will conduct a deep cleaning of City Hall and notify defendants of their rescheduled court dates by mail.

The room used for court proceedings, which is also normally used for City Council meetings and other purposes, will remain closed to the public through Jan. 29. No court sessions or case hearings will be held.

Anyone who attended Stone Mountain Municipal Court sessions on Jan. 14 was potentially exposed to the virus, City Manager ChaQuias Thornton said in a statement.

The proposed "Georgia Lottery Mobile Sports Wagering Integrity Act" would have the state's Lottery Corporation oversee the gambling and issue at least six betting licenses. Each licensee would each have to pay a $50,000 application fee and an annual licensing fee of $900,000.

West African businessman given key to City of Stonecrest

Dr. Kwaku Oteng, a millionaire from the west African country of Ghana, has been given an International Key to the City of Stonecrest on behalf of Mayor Jason Lary.

A plaque presented in a ceremony on Sunday evening at the Evergreen Marriot Conference Resort in Stone Mountain describes Oteng as "an international entrepreneur who employs more than 5,000 people and is an avid philanthropist," GhanaWeb reports.

The recognition noted his "initiatives as Executive Chairman of Angel Group of Companies, which is a powerhouse conglomerate of companies ranging from television broadcasting, multimedia, real estate to gold mines and more."

A Ghanaian web site, GHGossip, reported last year that Oteng is married to five women and it published pictures of them. Polygamy is prohibited in Ghana but the law against it is not strongly enforced.

The Stone Mountain Memorial Association says it will not remove Confederate flags at the base of the mountain's walk-up trail because they are permitted under Georgia law.

The association cites a Georgia statute that prohibits the removal or relocation of Confederate monuments, the Atlanta Journal-Constitution reports.

A group called the Stone Mountain Action Coalition had urged that the flags, near Confederate Hall, be removed on Martin Luther King Jr. Day on Monday, Jan. 18.

"On November 16, 2020, the Stone Mountain Memorial Association publicly announced that it was considering making changes within months for a '21st century perspective on Stone Mountain Park.' Two months later and there have not been any updates. Enough is enough," the group says.

Single-family homeowners are likely to pay a higher portion of DeKalb County's property taxes this year as owners of apartments and commercial buildings seek reduced values for their properties because of COVID-19.

Residential property appraisals are expected to increase 5 to 6 percent this year as appreciation accelerates in a market where there are a limited number of properties for sale, DeKalb County Chief Appraiser Calvin Hicks told a committee of county commissioners on Tuesday.

Hicks warned that 80 to 90 percent of owners of multi-family properties, as well as hotels, motels and restaurants may appeal their appraisals this year because they have been negatively affected by the pandemic. Some apartment buildings were unable to evict tenants who had not paid rent because of the federal government's eviction ban, which President-elect Joe Biden has said he will extend.

"They have some legitimate concerns," Hicks told commissioners. "You can't really deny that there's been some loss of value as the metrics of the economy as it relates to their revenue have diminished."

"I've seen some reports that indicate as much as 80 percent of the commercial owners may consider filing some type of an appeal simply to get some sort of tax relief," he said.

The ZIP Code surrounding Clarkston, 30021, is among the top 20 postal codes in Georgia with the highest blood lead levels in young children during the past decade.

Georgia Health News quotes DeKalb County Environmental Health Manager Ryan Cira as saying the problem in the Clarkston area is not due to lead-based paint.

"There are refugees coming in already poisoned," Cira said.

The U.S. Centers for Disease Control and Prevention recommends parents adopting children from overseas should have them screened for lead contamination. 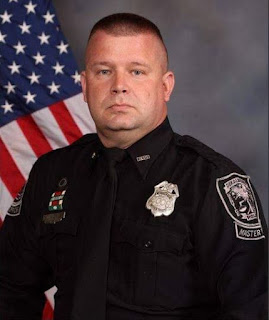 Sergeant Daniel Mobley, a 22-year veteran of the DeKalb County Police Department, died Saturday after being struck by a vehicle while on the scene of an Interstate 75-85 accident involving an off-duty DeKalb County police officer.

"We cannot express how much we appreciate the Grady Hospital staff who treated our sergeant," a DeKalb County Police Department statement said. "We ask all to pray for Sergeant Mobley and his family."

Mobley, 44, had stepped out of his patrol car after responding to the accident on the southbound side of Atlanta's downtown connector when he was struck by a passing vehicle.

"Sometimes we get distracted, and distracted driving can cost a life," said DeKalb Police Chief Mirtha Ramos. "And that's what happened today."

Mobley was a "highly-respected supervisor," Ramos said. "He earned that respect."